'Better than before': Puerto Rico's recovery is nearly complete

The island has reached pre-storm levels for cruises and flights, and about 75 percent of hotels are open

Hurricane Maria did a job on El San Juan Hotel, the storied property in Puerto Rico where Sammy Davis Jr., Frank Sinatra and Liza Minnelli once crooned. Water seeped into the lobby and guest rooms, and high winds ripped off awnings and tossed around a stainless-steel sculpture like an inflatable beach ball.

The 60-year-old grande dame could have reopened quickly, but instead the staff took its time to meticulously restore the hotel's historic features. They removed and dried the hand-carved cherry mahogany panels on the walls and columns. They repainted the gold ceiling. And they cleaned each of the 7,000 pieces of crystal on the 4,500-pound chandelier that bedazzled the lobby. The repairs cost north of $60 million.

"It was a risk the owners took, but they wanted the hotel and the lobby to be here for the next generation," said Martin Smith, the property's managing director. "They said, 'Don't rush.' "

On Dec. 14, more than a year after the hurricane, El San Juan Hotel will swing open its double doors, ushering in guests and the soft Caribbean breeze. Trumpeter Charlie Sepulveda will perform, and the chandelier will likely chime in - a paean to the return of Puerto Rico.

"It's not just a comeback," Brad Dean, chief executive officer of Discover Puerto Rico, the island's marketing organization, said of recovery efforts. "It's a comeback as better than before."

One of the most devastating storms in U.S. history, Maria dealt the island a catastrophic blow with almost 3,000 fatalities, according to an approximation by Puerto Rican government. The U.S. territory was already wobbly from a recession and Hurricane Irma when the Category 4 hurricane made landfall last September near Yabucoa, on the southeast coast. Winds reached 155 mph. More than 30 inches of rain fell from the sky, turning burbling streams into savage waterways. Widespread outages of power and communication services plunged the island into darkness and silence. In August, the power company announced that it had fully restored electricity to the island. That month, Gov. Ricardo Rosselló submitted a $139 billion recovery plan to Congress.

Much work remains, especially in residential areas, but Puerto Rico has made great strides in all categories of travel. For instance, daily air service has increased from 20 flights two weeks after the hurricane to 110 to 130 flights on 28 airlines. JetBlue returned to pre-Maria frequency in June, six months ahead of schedule. For cruise ships, the San Juan port opened less than three weeks after the storm; the southern terminal in Ponce started receiving vessels last December. This season, two dozen ships will use the island as their home port, four more than last year. All of this sea activity could set a record: Tourism officials are expecting 1.7 million passengers for the 2018-2019 season, which would surpass the previous bar of 1.5 million cruisers in 2015-2016.

On land, 135 hotels - about 75 percent of the lodging stock - are accepting reservations. By mid-2019, room availability will rise from 11,000 to more than 15,000. Short-term rentals of the Airbnb kind have increased from 7,700 to 8,700. Since eating and playing are as essential as sleeping and showering, travelers can choose among 4,000 restaurants (including 1,885 in San Juan), 190 attractions, 16 casinos and 13 golf courses. And, finally, the nearly 250 beaches along the 272-mile coastline are back to model form, with pearly white sand and baby blue water.

Clearly, you won't have to delay a vacation to Puerto Rico until 2025, but visitors with specific hotel preferences will have to hang tight for a bit longer. Several properties are in the final stages of renovations, including Candelero Beach Resort, St. Regis Bahia Beach Resort, Melia Coco Beach, Condado Plaza Hilton, Caribe Hilton San Juan, Ritz-Carlton San Juan and El Conquistador, A Waldorf Astoria Resort and Spa. A few are brand-new to the scene, such as O:LV Fifty Five Boutique Hotel, Aloft Hotels (in San Juan and Ponce) and Four Seasons Cayo Largo. And two - a JW Marriott in Dorado and Dreams Resort and Spa in Guanica - are in the pre-construction phase. Opening dates range from this month to 2020.

Next year, one of the island's most anticipated attractions will shake up the Convention District, near Old San Juan. District San Juan will pack an array of entertainment options - urban zip lines, performance venues, hotels, restaurants, bars and a day-night disco - into a five-acre space. Dean described the complex as "L.A. Live! with a Latin feel."

"A kind of exciting time has come out of the terrible devastation of Hurricane Maria," he said.

Those who want to look backward can still see remnants of Maria. Bob Gevinski, an islander who worked in the hotel industry, said visitors flying into San Juan's Luis Muñoz Marín International Airport can still spot the Federal Emergency Management Agency-issued blue tarps on rooftops. At El Yunque National Forest, park officials warn of traffic delays and temporary closures while crews repair the trails. The isle of Vieques, off the east coast, runs on four generators, and routine maintenance checks can cause outages. Its largest property, the 156-room W Hotel, remains shuttered and cloaked in a mystery: Will it or won't it reopen? (One theory: Management is waiting for the utility to repair the underwater cable to the mainland.)

"You will notice things," he said, "but it's not going to prevent you from doing anything." The hurricane was awful, but not wholly. Some positive developments did materialize in the aftermath. The bioluminescent bay in Vieques, for one.

"The bay went dark after Maria," Gevinski said, "but it has never been brighter than right now." (The Vieques Trust is studying the bay to figure out why.)

The post-Maria climate also generated a flurry of new enterprises and expansions and has sparked an entrepreneurial spirit. One example: ferry service to Vieques. Previously, the boat from Fajardo, on the mainland, took 90 minutes. In October, a high-speed catamaran started transporting passengers from the new departure point in Ceiba, trimming an hour off the journey. When the terminal on Mosquito Pier on Vieques opens, the trip will take 15 minutes. At the moment, a one-way ticket costs the same as its pre-hurricane price of $2.

"The communities are taking the experience of the hurricane and making the most of it," said Annie Mayol, president of the Foundation for Puerto Rico. "They are taking charge of their own destinies."

Mayol's nonprofit organization collaborates with four municipalities on projects with a tourism streak. (It will expand to 10 next year.) One involves the zip line at ToroVerde adventure park in Orocovis - which, before Dubai nosed in, claimed the title of longest in the world.

The owner, who reopened the attraction in March, added restaurants and lodging, offering visitors a place to quiet their beating hearts after soaring through the jungle at 60 mph. On the Sausage Route, dining spots injected Puerto Rican culture into the trail of pork, introducing live music and artists showcasing and selling their work. On Dec. 1, a farmer in Orocovis started inviting diva campers to glamp on his property, Finca Oro Rojo. When not lounging in their chic tents, guests can set off on nature walks, practice yoga and learn about plantain production.

The Humacao Nature Reserve in Punta Santiago welcomed back birders, hikers, kayakers and other outdoor enthusiasts in March. The foundation is helping repair the common areas, such as the gazebos, and plans to build an exhibit room in Punta Santiago that will focus on the Monkey Island project in Cayo Santiago, a half-mile off the coast.

The mini-museum, scheduled to open next year, will explain the story of the rhesus macaques that a researcher brought to the island in 1938. Over time, the original population of 400 has more than doubled. The exhibit will offer a peek at the facility that is closed to all creatures but monkeys and scientists.

After the hurricane hit Puerto Rico, Spanish chef José Andrés sprang into action, providing meals to tens of thousands of islanders who did not have the power and water even to boil an egg. Last month, he returned to the island - not to feed the people but to be fed. The Nobel Peace Prize nominee joined a coterie of celebrities at the reopening of the Dorado Beach, a Ritz-Carlton Reserve. During the visit, he and Martha Stewart ventured off to the town of Morovis for a lunch of roasted chicken and ice-cold beer. They later visited the goats and greens at Frutos Del Guacabo in Manati, a partner farm with World Central Kitchen, the nonprofit organization founded by Andrés. All in all, they had a ball.

"The island is ready," he said. "The places that did open opened up really well."

Andrés proceeded to rattle off a list of his favorite activities in Puerto Rico, sounding more like a carefree traveler than a fired-up activist. Drink the local beer and a rum sour. Puff on a cigar. Visit the Spanish fortresses in San Juan. Trek around El Yunque, "the most amazing tropical rain forest on U.S. soil." Slurp down oysters from Boqueron, which grow in mangroves and are "one of the cleanest oysters." Scuba dive, kit surf, sail. Eat wild crabs that live in the mountains, empanadas, tostones and spiny lobsters caught moments ago by fishermen. Order a plate of the roasted chicken he shared with Martha Stewart. Play 18 rounds of golf. Book a massage. Rouse your family at 3 a.m. to listen to the concert of coqui. Down more rum, preferably Ron del Barrilito. And, most important, don't take anything for granted - not the frogs chirping under your window or the rum swishing your glass or the lights in your hotel room.

"If you want to have the best time of your life, you are going to have it," Andrés said. "And if you go with a conscience, your vacation is going to be even better." Top 11 SA restaurants worth planning a trip for Dubai opens up for SA, Nigeria and India, but there is one catch A glass of Vegan, anyone? Inside the Kardashian-Jenner Real Estate Empire

Life under Level 3: Why a staycation is a good idea right now 4 cool recuperation retreats you can escape to 5 Getaways to gift your dad this Father’s Day 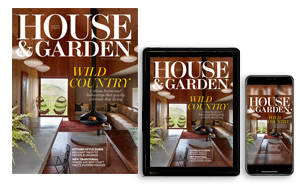 Loading Better Than Before Puerto Ricos Recovery Is Nearly Complete 18480379...